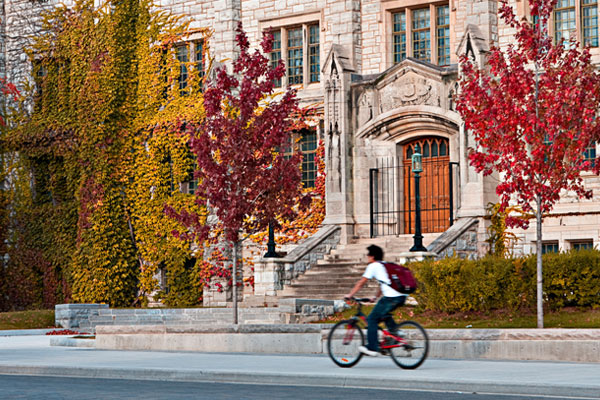 FYI: This was written by an actual Gael who’s going into her final year at Queen’s, so you can be reassured that this is the real deal. Whether you’re contemplating coming to Queen’s, in the midst of your degree or suffering from some university separation anxiety, this post is for you. As any student who goes to Queen’s will vouch, this university is definitely one of the greats.

Pretty much every Queen’s University student has a pair of coveralls lying in the back of their closet, still stained with shaving cream spears and paint (and who knows what else…), in memory of Frosh week. Every year Frosh never seems to disappoint, mainly thanks to the lengthy list of weird traditions that every student of every faculty participates in. The engineers do it exceptionally well, emerging as purple beasts with giant painted mohawks who go climb an oil slicked pole by piling on top of each other in a mud hole. Basically, sh*t gets weird.

Fun fact, Kingston was named the 4th best city to live in in Canada. This was largely thanks to the city’s adorable downtown that’s lined with great stores and restaurants – all perfect places to spend daddy’s hard earned money in. Another fun fact, Kingston also been ranked Canada’s number one hang out spot for convicted criminals! All thanks to the equally adorable line of prisons in the area… Lucky for students, all of the glories of Kingston are a quick 10 minute stroll from Queen’s campus..

Click and take the quiz below and see how much you really know about Queen’s.

Well the campus was founded by the Queen Victoria, before Canada was even confederated and was modeled off of the universities of Edinburgh and Glasgow… soooo it’s safe to say it’s nice. The campus is filled with beautiful old buildings like Summerhill that was built in 1839, before the university even existed. And then there’s the stunning, Hogwarts look-a-like Douglas Library, that really makes you feel like you should be writing with a quill.

Queen’s has a relatively small student population, but with over 400 clubs to join and lots of stuff always going on, so it makes it pretty easy to meet tons of people and get involved. It’s a well known fact that about 99% of Queen’s students are over-privileged and Caucasian, so keep an eye out for some of the more popular clubs like the Starbucks Appreciation Club, the Selfie Support Group and the Sperry Society (they hosts a great potluck every year). 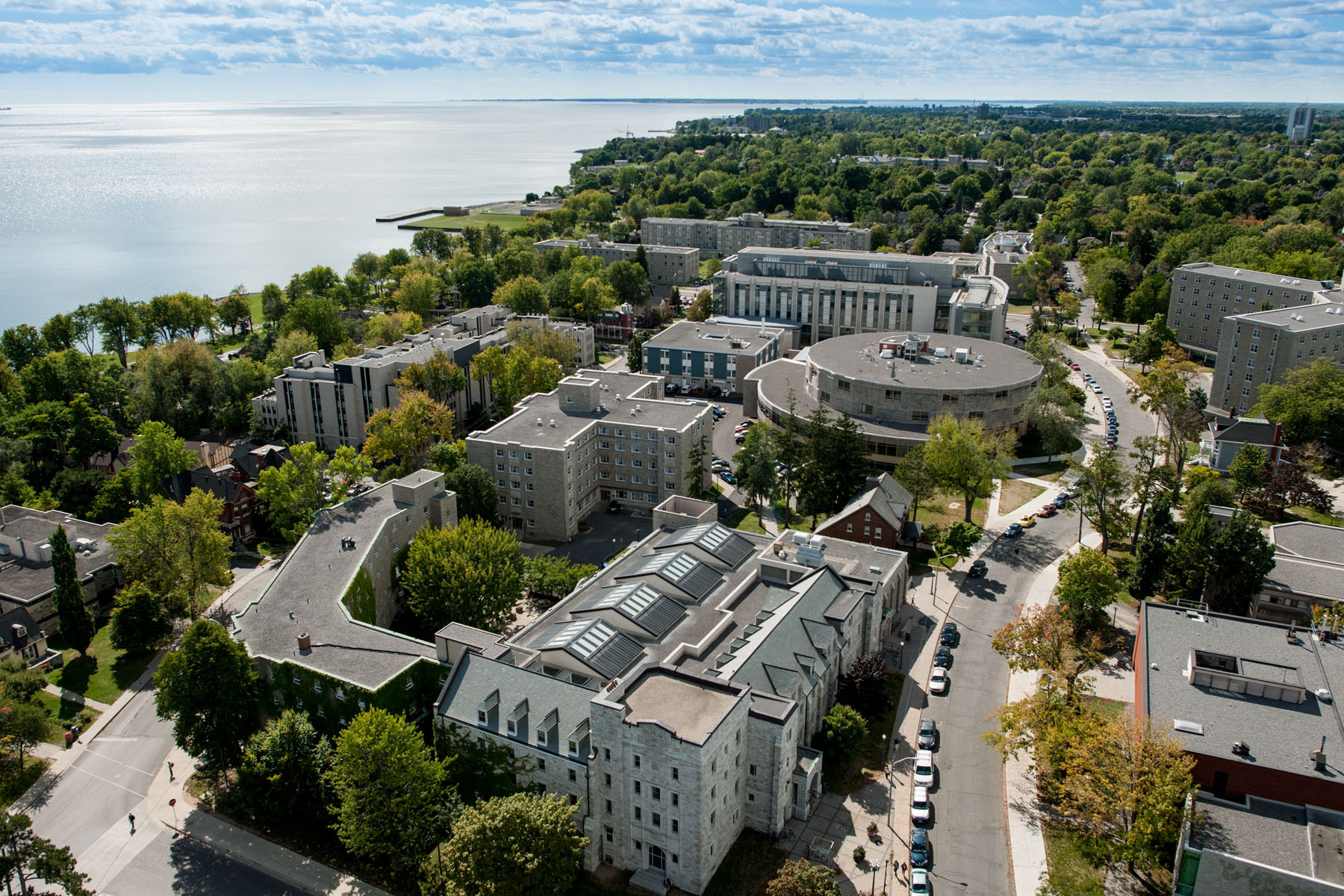 Queen’s campus has only the most luxurious amenities and tuition even includes exclusive access to your own lake! Well, not exclusive… it’s shared with the province, but hey, still counts… Lake Ontario is in fact the beautiful, blustery, frigid backdrop of the university. Three-eyed fish included.. yacht club membership however is not.

Queen’s University is Hogwarts, end of story. Let’s look at exhibit A – they own a CASTLE in East Sussex, England, Herstmonceux Castle to be exact. It was very generously donated to the school in 1993 and is now home to the Bader International Study Centre. The castle is used and studied in by students who can’t choose between doing a eurotrip and studying, so they do both.. There’s even a moat around the castle. Ballin’.

Queen’s University is surrounded by the “student ghetto” which is where most students live after first year. It makes up a relatively small area but that’s overflowing with Queen’s students inhaling mold, crushing cockroaches and perpetually unclogging things. Not so glamorous. The good thing about the student ghetto is that chances are you’ll be a quick walk from your pals place or a good party on any night of the week.

Queen’s university’s reputation is international and the school has been consistently ranked as one of the top schools in Canada for both undergraduate and graduate programs. Students from around the world are drawn to Queen’s to study a variety of things but particularly popular are the classes in the Defense Against the Dark Arts, Charms and Transfiguration. (Like I said, Queen’s is Hogwarts.)

Queen’s University gym, or the “ARC” is basically just a monstrosity of fitness. There’s almost 25,000 square feet just for cardio/strength, a pool, two gymnasiums, squash courts, women’s only space,  a Booster Juice and the list goes on and on. Pretty sure it has more fitness equipment than students. What even is the freshman fifteen? (Or fifty?) 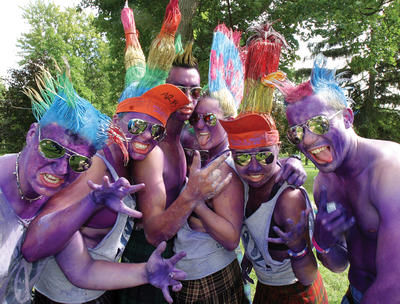 Oil thigh na Banrighinn a’blah blah blah… Gael school spirit is unparalleled and any Queen’s student will take any opportunity to be as obnoxious as humanely possible to show their school pride. The reality is that almost the entire student population moves to the campus from a different city so Queen’s really becomes their home. That, combined with so much history and tradition, equals one spirited school, looking to get silly and see how far they can go (without losing their trust fund).

For all you Queen’s students who read this, let us know what you think, whether you agree or not. For those prospective students, I hope this gave you some good insight into why you should choose to attend Queen’s in the fall, it truly is a phenomenal school. That’s what the team at ExamTime wants to do, offer students as many resources as we can, and ones that are real, effective and will actually help make those big decisions.

ExamTime can also help you get the grades you want, no matter what year you’re in and there are thousands of students around the world benefiting from our features. Our free online learning platform is full of more great resources and study tools that are proven to help students brainstorm, memorize and build understanding in all fields. Sign up for free to use our Mind Maps, Flashcards, Quizzes and Study Planning tools.