If student engagement is a key predictor of high school students’ future success, then educators in the US may well have cause for concern. 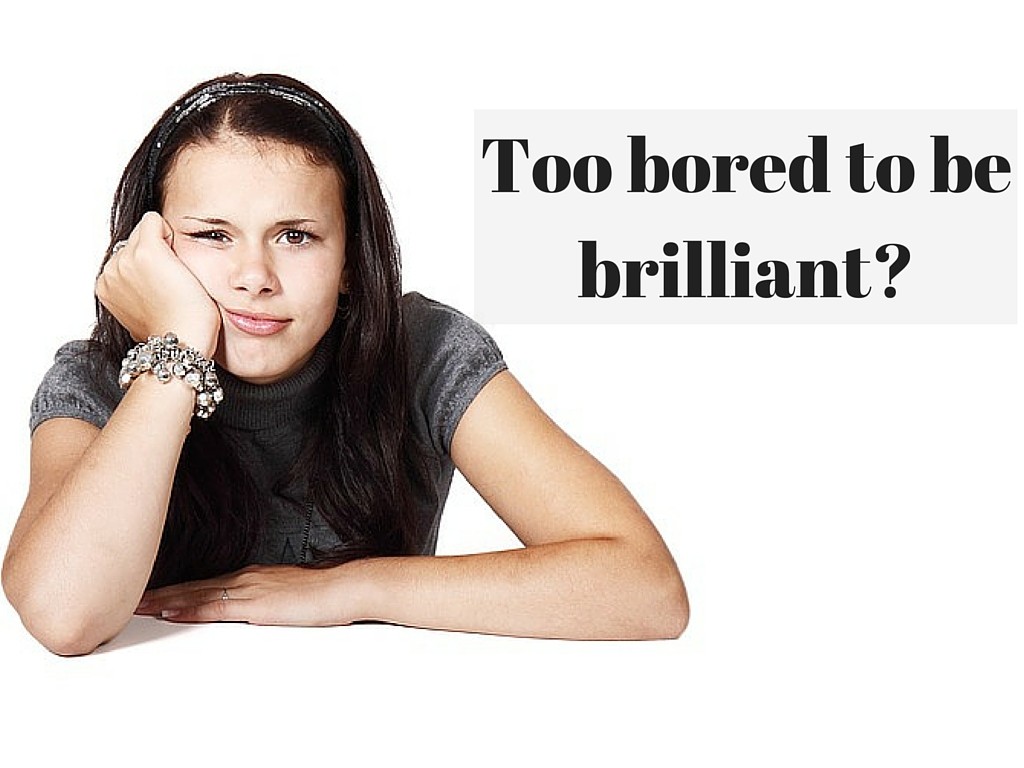 According to a Gallup survey of 13 to 17 year-old students in the US, exactly half of those polled admitted to feeling bored at school. An OECD report also indicated that they spend less time on schoolwork than their peers elsewhere in the world, while college enrollment rates continue on a worrying downward trend. So just what’s causing this academic ennui?

Many observers feel that financial concerns and economic climate are major contributing factors that cannot, and should not, be overlooked.

There’s little doubt that for many families the notion of upward mobility has been replaced with a more modest goal of sideways stability, which is bound to have a negative impact on the number of students attending college.

This could potentially influence high school students’ attitudes towards education too, with many feeling demotivated at having their chances for academic progression curtailed without having a say in the matter. Yet this seems too straightforward an assessment.

In an article for Slate magazine, psychologist and author Robert Steinberg roundly disputed a range of factors considered to have an influence upon student performance: these include ethnic diversity, poverty, teacher-student ratios and funding. The real problem, he claimed, was the lack of support for “non-cognitive abilities” in students, such as motivation, self-control and determination.

The aforementioned Gallup poll seems to back up his claims. The survey presented students with a wide selection of words from which they could choose the three that best described how they felt about school. The five most popular choices were:

The response that all high school students are easily bored is neither accurate nor constructive in this instance. The fact remains that the onus is on educator’s to find a way of getting students to engage more with education. This has prompted some educators to try newer learning models such as blended learning, flipped classroom, or project-based learning – each of which attempt to motivate students by giving them greater control over how they use and absorb important information.

“Students were more engaged in learning when they were involved in meaningful academic experiences in their classes (i.e., authentic instructional work). The authentic instructional work included being asked interesting questions, digging deeply into understanding a single topic, applying the subject to problems in life outside of school, and discussing ideas with the teacher or students.”

The Relationship Between Student Engagement and Academic Performance; Jung-Sook Lee; The Journal of Educational Research.

Technology in the classroom

The role that technology can play in connecting students with ideas, lessons and peers is another area worthy of consideration. An OECD study reported that 85% of 15-year-old students in the US regularly use computers outside the classroom, with 49% using them every day.

Furthermore, over 80% of 15-year-olds admitted to using computers when attempting to learn school material.

In light of such figures, the question seems to be whether blackboards can really compete with screens for student attention. No matter what the topic or subject matter, technological resources offer a distinct advantage: they let students become active participants rather than passive observers. In effect, they prioritize interactivity over reactivity.

Technological resources give students access to numerous online tools that allow them to create, share and collaborate in far more intuitive ways than traditional classroom methods currently allow. Failing to incorporate technology into lessons thereby poses a risk of disconnecting students from their learning. Even more worryingly, the previously cited OECD report suggests that it may actively put them at a career disadvantage:

“Students with little or no exposure to computers and information technology may face difficulties in making a smooth transition to the modern labour market…schools have an important role to play, especially in bridging the gap between the ‘information-haves and have-nots’”.

Student engagement is crucial in affecting positive student outcomes. If US high school students are to fulfill their potential and become brilliant rather than bored, then winning their attention and focus must be a crucial part of every educator’s teaching strategy. If technology can potentially harness their focus and creative energies, then why search for a solution elsewhere?