“This blog is the part of the “ExamTime New Skills” series which aims to provide info, tips and resources on how students can teach themselves new skills in their own time. For more info, check here, or join the conversation on Twitter at #ETNewSkills.”

Teaching yourself any skill such as coding requires commitment and initiative but, at times, this can be easier said than done. In those moments when you can’t bring yourself to sit in front of the screen and get stuff done, read that essay or watch that tutorial—these are the moments you need role models to inspire you.

We’ve all heard of the Jobs, the Gates and the Zuckerbergs and these guys should definitely be an inspiration but there are loads of others out there that can inspire you.

Your coding role models can be anyone but here are few to inspire you:

Kevin had a background in Marketing but taught himself to code by night. After teaching himself the basics he set about creating small projects such as combining elements of Foursquare with Mafia Wars.

He would then get his friends to play around with what he had created and then work on improving it. Pretty soon he had quit his job and was working on his first app Burbn. In time he had developed Instagram and is now the CEO of one of the largest internet phenomena which sold to Facebook in Spring 2012 for a cool billion dollars.

CoderDojo is a not for profit company that is sweeping across the world. Its aim is to help teach students how to code. CoderDojo’s founder James Whelton originally founded the organisation after some of his school friends said they wanted to learn coding too after they were impress by Whelton’s ability to hack an iPod Nano. Whelton’s skills at the time were completely self-taught but now he is inspiring an entire generation to code (along with the governments of the world). 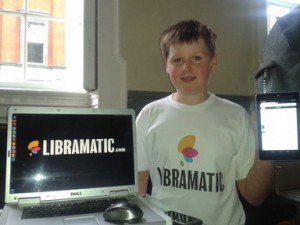 Shane Curran is a 12-year-old coder who created and set up Libramatic. He presented his idea at the Dublin Beta and was voted the best start-up on the evening! If this kid can’t inspire you and instill the belief that you can code too then no-one will!

For all you girls out there who are concerned that programming is a guy thing, you should be inspired by Ada Lovelace. She is considered to be the first computer programmer out there. She was the child of Lord Byron and wrote the first algorithm intended to be processed by a machine (the analytical machine).

While she is an older example she is still an inspiration to the increasing numbers of women who are engaging with programming nowadays.

For more inspiration for girls who want to code you should check out aptly named organisation girlswhocode.com.

Jamie Zawinski (sometimes called jwz) is considered by many to be one of the greatest programmers out there. He had very little formal training and was mostly self-taught. He is best known for his contributions to open/free software projects like Mozilla and the Netscape web browser.

6) The People Behind These Apps 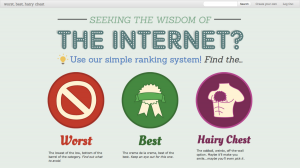 All programmers are in some part self-taught. A lot teach themselves the basics and then move on to formal coding education afterward but since computer languages evolve and change so much, a proper coder will always be learning and questioning their own skills and seeing where they can improve upon it.

Hopefully, all these coders will inspire you when you feel you can’t achieve your goals or solve that problem!

If getting involved in this sounds like something you’d be interested in, then make sure and check back here soon. You can join the conversation on Facebook or at #ETNewSkills where we will be sharing and discussing all things coding!