127 product releases, 4 language versions, 938,195 study resources and 1 owl later, we are officially launching our complete ExamTime version! We first introduced ourselves in late September 2012, with our first beta version. Back then, we had light versions of a mind map tool, a flashcard maker and a quiz creator.

Big thanks to all our users who have helped shape ExamTime over the past 22 months (it would take too long to name you all!). Your feedback, comments, survey results and more gave us direction and insight. It started with some pioneering young souls, eager to see how online learning could help them succeed. Since then, that band of pioneers has been joined by a flourishing online community. We’ve listened to what you’ve had to say, and we built up ExamTime based on this feedback. Now it’s time to launch ExamTime into the big bad world, let it fly…

So before we move forward toward 1 million users and beyond, how about a quick re-cap of all the major features that have been added in beta phase – and there’s been plenty.

Here’s how ExamTime has evolved…

Evolution of ExamTime from Day 1

September 2012:
We’re a go-go! ExamTime launches with our initial beta version. 19 shrewd trail blazers signed up on our 1st day to transform their learning!

November 2012:
Be more sociable! Invite a Study Buddy via e-mail is introduced. 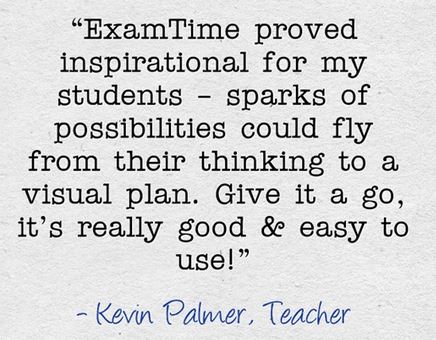 Goals and timeline are released to help you plan and get some focus.

March 2013:
A biggie! Our Notes feature completed our comprehensive suite of learning tools. 222 notes were created on the 1st day.

April 2013:
No Easter break for us! We introduce a whole range of great new updates to enhance our tools and enable better collaboration:

May 2013:
The improvements to the tools kept coming.

July 2013:
Our new calendar tool arrives to help you create your personal Study Plan in minutes. 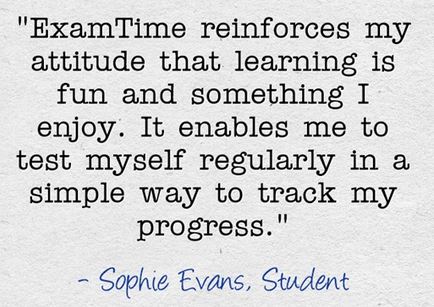 A couple of big additions this month as ExamTime moves from being just a creation platform to somewhere you can analyse progress and productivity and also learn from others.

May 2014:
More blockbusters! By now, ExamTime is firmly positioning itself as the best resource for viewing learning content there is!

August 2014:
And now finally, our latest additions for launch time..

Wow! Take a bow, ExamTime dev team. Here’s quick summary of all our releases to date in Mind Map form.

It’s been a fun journey so far, but for us the Official Launch is only the end of the beginning. We’re hoping that you get more and more value from ExamTime as continue to further develop it. Thanks for your support so far and stay involved!