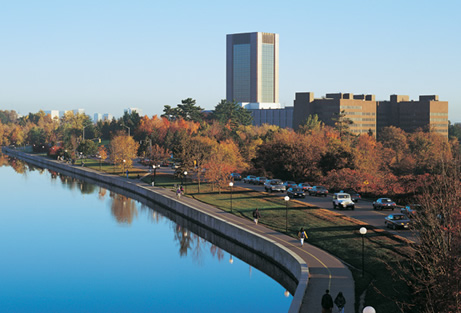 FYI: We reached out to a current Raven who’s going into his third year at Carleton University to get the full scoop about student life. Whether you’re contemplating coming to Carleton University, currently struggling through your degree, or having some university separation anxiety, this post is for you. As every student who goes to Carleton knows, there are way more than ten reasons to be proud to be a Raven, but here’s what we picked.

Carleton University is Great, Here are Ten Reasons Why…

Carleton University is seriously ballin’. And I mean that literally. Their basketballin’ team is the best of the best. In the last 12 years they’ve won 10 championships, and by win I mean they crushed all other opponents, usually winning by 50 points plus. Until just last year the school was without a football team so basketball has really become Carleton’s sport and what all the students come out and cheers for. Doesn’t hurt that the basketball team actually knows how to win a game…

At Carleton it’s encouraged to let your Canadian flag fly free and embrace the stereotypes, eh. They used to be big into polar bear riding but now skating has become the students preferred mode of transportation.. With the school being right on the Rideau Canal, why walk, when you can skate? If you’re planning on skating to the bars just be prepared to pay a little extra for coat check.

Carleton University has some very diverse areas of study but one that is particularly well recognized is their School of Journalism and Communication where students work towards their B.J….get your mind out of the gutter. But really, I don’t want to brag but it’s kind of Carleton’s thing. Students in this program will be prepared for careers in the exciting fields of reporting, editing, broadcasting, television and online journalism. Most students do an internship in the field giving them hands-on experience in the field.

During the first three weekends of February, Ottawa as a whole city, celebrates something very close to their hearts… winter! Yay…. Well really it’s more of a plea with Mama Earth to turn the clouds off and make it stop snowing (which she’ll ignore for another three months). It’s a great celebration with different ice slides, sculptures, the sacrificing of a beaver and other winter themed events.

One of the highlights of  living in the nation’s capital, Ottawa, is the Byward Market where there’s great shopping, nightlife, food and much more. Established in 1826, it’s the oldest and largest of its kind in the country and definitely one of the cities best places to hang out. One downside is that you may run into an Ottawa U student from time to time, Carleton’s arch nemeses, so just make sure to bring your light-saber in case you’re challenged to a duel.

Carleton University may of had its setbacks (how can a university even function without a football team?)  but the students make up for it with their school spirit. The students here will find any excuse to cheer, dance, and show off their Raven pride. Every fall the university has a week long orientation for incoming first year students that helps you meet other people, get to know the campus and learn how to be successful transitioning into university life. Orientation volunteers will even help you pick out what to wear on the first day of school.

Carleton has a long list of notable alumni that they should be very proud of. The first being ‘Lord’ Conrad Black, who became a Raven after being kicked out of two high schools. He later went on to be a successful newspaper investor and convicted felon. Next up is the notable Toronto Mayor Rob Ford who has spoken fondly about his time at Carleton and playing on the football team… Turns out he never played a game and dropped out after first year. Classic. 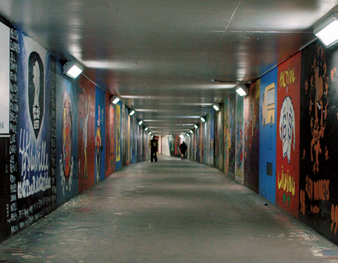 You know how ants colonies dig tunnels? Well Carleton University campus is basically a giant ant farm, with a series of connected underground paths, and the students are the ants. This extensive tunnel systems is perfect for those 10 months of the year when you don’t really want to run the risk of going outside. Carleton students have another similarity to ants because they too can carry 5,000 times their weight. Bro, do you even lift?

There was Batman vs. the Joker, Luke Skywalker vs. Darth Vader, Harry Potter vs. Voldemort. All epic battles, all nothing compared to Capital Hoops. The two Ottawa rival basketball teams, the Ravens and the Gee-Gee’s, battle it out on the court and it gives students across the city a perfect excuse to party and whoever wins gets some serious bragging rights for the year. (Wtf. is a Gee-Gee anyway?)

Fun fact, Carleton University was the first school in Canada to have a student run radio station, CKCU 93.1 FM, baby. The station started in 1975 where they played the classic Joni Mitchell song “You Turn Me On, I’m the Radio” as their very first kick off song. And since then they’ve been broadcasting 24 hours a day, 365 days a year and have added 12 other songs to the track list.

For all you Carleton students who read this, we want to hear from you! Do you agree? Disagree? Hate us? Love us? Make a list of your own and lets compare. And then for those prospective students, I hope this gave you some good insight into why you should choose to attend Carleton in the fall. That’s really what the team at ExamTime wants to do, offer you, the students, as many resources as we can, and ones that are real, effective and actually helpful.

ExamTime can help you get the grades you want, no matter what year you’re in and there are thousands of students around the world benefiting from our features. Our free online learning platform is full of more great resources and study tools that are proven to help students brainstorm, memorize and build understanding in all fields. Sign up for free to use our Mind Maps, Flashcards, Quizzes and Study Planning tools.