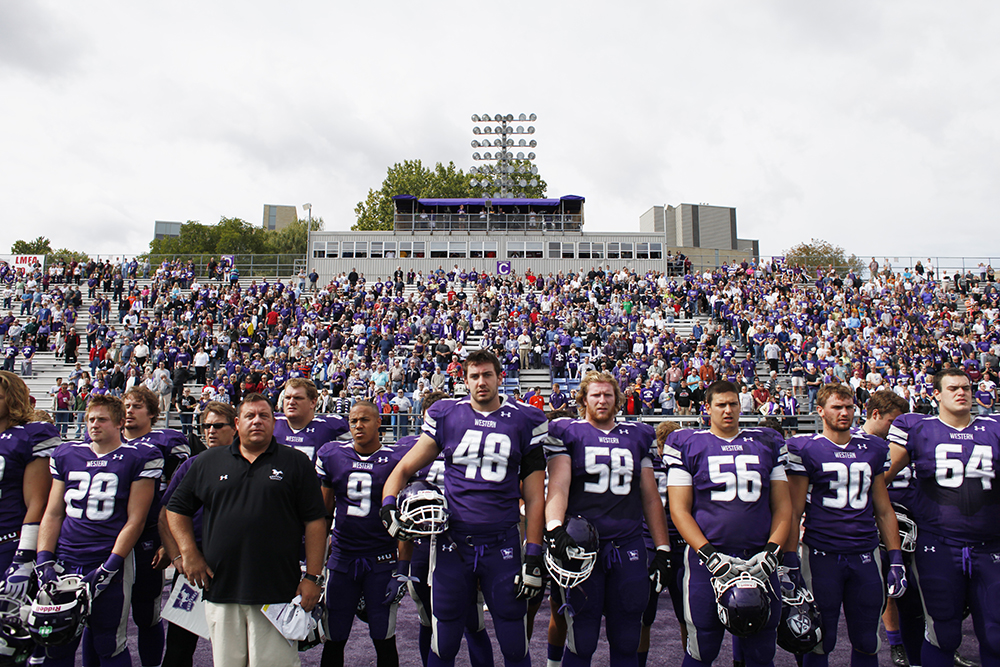 Western University is the place to be, Here are 10 Reasons Why…

FYI: This was written by an actual Mustang who’s going into the final year of her BA at Western, so you can be reassured that this is the real deal. Whether you’re contemplating coming to Western, in the midst of your degree or suffering from some university separation anxiety, this post is for you. As any student who goes to Western will vouch, this university is definitely one of the greats.

Pretty much every school in Ontario will say they have a rivalry with Western and for a combination of reasons – attitude, size, success, blah, blah, blah… But in some sick and twisted way Western students love it and more than that, the school is fueled off of this competition. A competitive nature is just a part of being a Mustang and it expands into campus life too so whether it’s between schools, faculties, residences or clubs, be prepared for lots of good-natured bantering.

Every school has one (almost) but nothing even comes close to how Western does it, it’s basically their version of a drunken Christmas. Homecoming is an experience no good Western student misses out on, or really remembers, that basically consists of thousands of students, sporting their Western purple swag, taking over Broughdale Street and all its rooftops – all in honour of a football game probably only a third of them actually went to see… Talk about school spirit.

Just like an onion, there are many layers to Western University. It’s not all just fun and games, these kids use their brains too. For example, Western is home to the world-class Richard Ivey business school that has been at the forefront of business education since 1922. Tuition may be ridiculously expensive but it’s definitely a worthwhile investment with over 40% of the Ivey alumni holding the title of Chair, President, C-Suite, Vice President or Managing Director. Ivey also has more emerging leaders on the Caldwell Partners “Top 40 Under 40” list than any other business school. Straight ballin’.

Click and test your Mustang knowledge with our ExamTime quiz below!

Every Western University student can agree that the definition of a love/hate relationship is between them and Weldon library. You love to hate it, but just keep coming back for more. When a Western student isn’t partying hard, you can bet that they’re working hard, spending endless hours studying in Weldon, sipping on their Starbucks and quietly weeping.

Canada’s largest post-secondary school fundraiser, held every year at Western University to raise money for cystic fibrosis research. Every first year student participates in this tradition during frosh week by taking to the streets of London to haggle, beg or work in anyway they can for donations. Easy enough and highly successful with over $2,000,000 being raised since 1968, more than any other school.

Old stone buildings everywhere, beautiful trees and that post-card perfect shot of the Western hill that always looks so charming and lovely, that is until you have to walk up it and think you’re going to bust a lung getting to class. Which ties in nicely to the campus gym, a part of the school that definitely deserves a mention. It’s 160,000 square feet of the best/most/shiniest athletic equipment and facilities known to Canadian universities.

Not only is the campus beautiful, but the people are too. Western is known for having some extremely good looking students (but who knows if that’s just the booze talking). There is however a mandatory dress code for the school. Guys in a polo shirt and Sperry’s and girls in Ugg boots and leggings – no exceptions. Oh, and it’s also highly recommended that every student wear a Canada Goose jacket as a safety precaution against the aggressive gangs of geese that squawk around campus.

Let’s just take a moment of silence to recognize and appreciate the fact that the school received the most prestigious award known to man… Drum roll… Western University was recognized as one of the top party schools in North America by Playboy Magazine, and was the only Canadian school to make the list. If that’s not impressive I don’t know what is. Let it also be noted that the official school motto has since been changed to “Eat, Sleep, Rave, Repeat.”

No, not BLT, this is a creation of its own special kind. Chicken. Lettuce. Tomato. BOOM. There isn’t a Western University student who’s tried it and not liked it. The Spoke, aka the on-campus pub, is also a popular spot for students and is the perfect place to take a good ol’ fashioned mid-day study break, pint in one hand, CLT in the other.

Western University actually recently changed its identity from The University of Western Ontario in hopes of increasing its international street cred. The idea was inspired by other celebrities who have changed their names, like Drake (Aubrey Graham), Bruno Mars (Peter Gene Hernandez) and Whoopi Goldberg (Caryn Johnson). So far it’s been widely accepted among students but the question still remains, why is a school that’s on the Eastern side of the country, called Western? Doh. 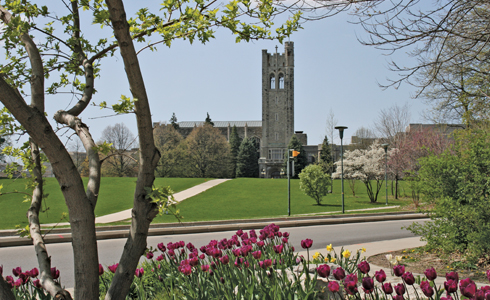 For all you Mustangs, we want to hear if you agree with our list or not, and for those prospective students, I hope this gave you some good insight into why you should choose to attend Western in the fall. That’s what the team at ExamTime wants to do, offer you, students as many resources as they can, and ones that are real, effective and actually helpful.

ExamTime can help you get the grades you want, no matter what year you’re in and there are thousands of students around the world benefiting from our features. Our free online learning platform is full of more great resources and study tools that are proven to help students brainstorm, memorize and build understanding in all fields. Sign up for free to use our Mind Maps, Flashcards, Quizzes and Study Planning tools.